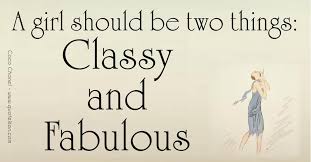 This is the new-age dilemma. Some version of this conversation has been going on for days amongst my friends.

If you are my daddy or my kid, don’t read on from here. And if you do, well it’s your own fault. Don’t say I didn’t warn you. I know this is an age-old dilemma for women but I think it gets worse as you age.  As a single woman, how can you have it all?  This is the catch-22….you like being single; you like sex; you want to be classy.  For whatever reason, these 3 can’t seem to co-exist.  Toss in online dating and the MANY conundrums associated with it and you have the modern day grown woman’s dilemma.

Now I get that I am a grown-ass woman and I can do whatever the heck I want to do…one of the great plusses to being single.  However, I also don’t want to take on the life of a nun either.  And being classy is a state of mind….so logic should say, “do what you want; you don’t answer to anyone.”  I think this may be a product of my southern upbringing.

My BFF and I have had this ongoing discussion for a while now because can we (women in general) separate sex from a relationship?  I’m not sure it’s possible.  The men I’ve discussed this with don’t seem to have this problem.  They have “boxes” for things and evidently they’re not related to one another at all.  This videoexplains it perfectly and it’s quite comical.

Another friend contends that we (me particularly) are placing too much pressure on men to be in a relationship too early.  In all fairness (to me), this is Amy’s position and she’s kind of a hippie anyway.  But the question remains, can older woman have a man-toy without then changing the rules on him and wanting a relationship of some sort?  And should class (or lack thereof) be tied to sex within a relationship as opposed to sex without a relationship?  And most importantly, why aren’t men having these issues?